The concept of Instant Apps which was for the first time unveiled at last year’s Google I/O conference revolve around the theme of allowing its users to know all content in the app before installing.

This feature is hugely going to benefit the users by allowing them to install the right app by having a real-time preview as per their need which would save time.

These apps are aimed at bridging the gap between web apps and native apps with its first set of instant apps ready for testing on a limited number of smartphones and the update bite-size will depend on these test results.

A few popular apps such as BuzzFeed, Viki, Periscope and Wish will be a part of their early trail and the result of these limited tests will expand its trail for future apps.

Google has stated on its Android Blogspot that - To develop an Instant app, you’ll need to update your existing Android app to take advantage of Instant Apps functionality and then modularize your app so part of it can be downloaded and run on-the-fly. You’ll use the same Android APIs and Android Studio project. Today, you can also take some important steps to be ready for Instant Apps development. The full SDK will be available in the coming months.

When the company announced Instant Apps last year, Google VP of Engineering for Android, Dave Burke mentioned that Instant Apps gives you the speed of a light web page with all of the benefits of a native app.

However, for developers, supporting these Instant apps is not as easy as adding support to a web site. They need to modularize these apps so they run as fast as possible as smaller packages. The complete SDK for Instant Apps on Android will be ready to be used in the coming months. So developers, gear up! Those ready and willing to launch Instant Apps should have a look as Google’s recommendations for preparing apps for this launch.

By skipping the Angular 3 version, Google surprised everyone with the announcement of Angular 4, a latest advancement to mobile ...

By Corporate Mar 28, 2017
A quick low down on everything about Google hardware event

In a seemingly largest announcement on hardware, Google recently unveiled its interesting array of devices as well as services on ...

By Sneha Oct 06, 2016
Microsoft and Google work towards improving Healthcare

Today, close to 58 percent of people are seeking health information online. While this is shaping the future of "data web", IT ... 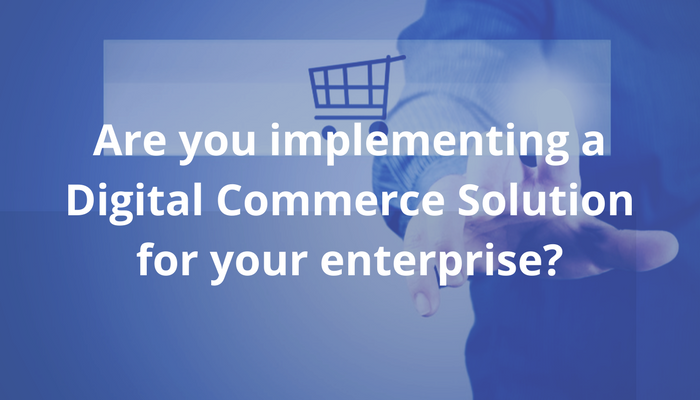 Are you implementing a digital commerce solution for your enterprise?

My recent assignment was to revamp the eCommerce solution for a multinational giant. It was a sudden dead-end for the client ...

Google at last made its much awaited announcement to take its first steps on what it had promised at last year’s Google I/O ...

By Jan 25, 2017
Will 4 inch screen become a starting point for mobile app development?

Steve Jobs believed that ‘phones should match the ergonomics of your hand’. That's the reason Apple started off with smaller ...

How to select a mobile app development partner/vendor?

A quick search on how to select a mobile app development partner will reveal tons of results. However, there are a few key ...

“Should we go for MEAP or wait for the right time?”

Enterprises thinking on these lines, I must say, are already late in the game and would be losing the stupendous benefits that ...